If you read this blog, you know I’ve recently released a project called regionagogo, a geo shape lookup database, described in this blogpost.

Using the shape of the polygon makes the covered cells more precise and smaller, resulting at the end to less PIP tests which are costly. 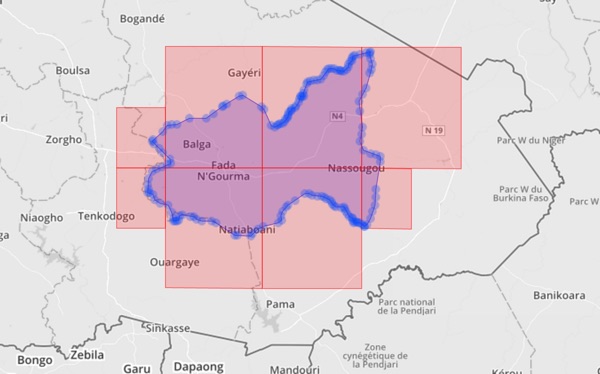 The same coverage with Go S2 would have returned 8 big cells of the same size, covering over regions.

I’ve created regionagogogen a quick and dirty command line program for OSX that takes a GeoJSON file containing your regions and then compute the database using the S2 C++ implementation, it’s for OSX only cause I’m using ObjC as a bridge to C++ which I don’t know enough.

Also note that regionagogogen includes an S2 port that works on iOS/OSX and some ObjC geo helper classes.