You don’t need expensive hardware anymore thanks to the SDR movement Software defined radio and some great developers, a simple 20$ USB key and some pratices are good enough to make it work.

There is plenty of softwares available but the ones I’m using for OSX or Linux are:

They are all free.

Know what, when and where to listen

The most important things to know is what frequency and when to listen to.
For that you need a software for passes prediction, I have developed an app for iOS devices called SatSat, it’s free (with ads), hoping enough people could be interested I’ll invest more into the product. 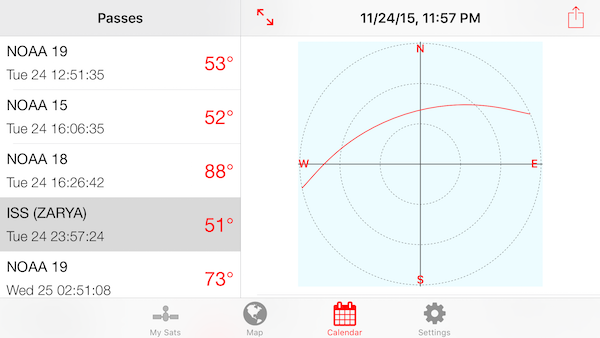 Good satellites candidates for a start, some weather satellites, are:

With the sound you just recorded, open it inside WXtoImg.

Here is an example of a weather satellite:

And this is the “sound” of a satellite: